Build a career in cybersecurity and ethical hacking 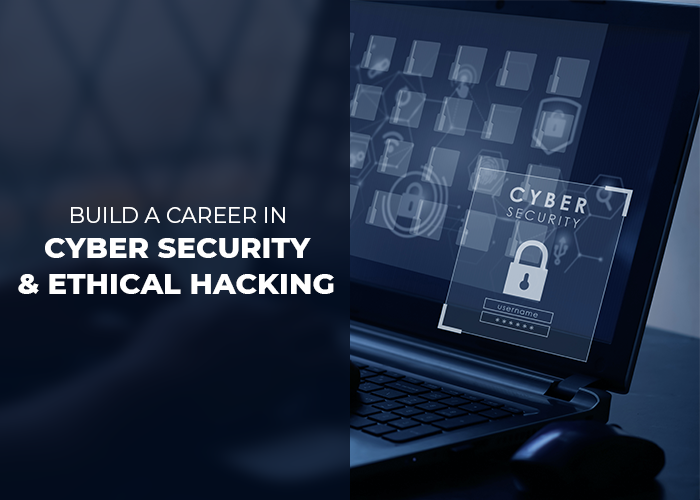 According to recent data, Cybersecurity is now considered a national priority and the demand for professionals in all countries. So, it will continue to grow in the future. While most of them opt for engineering training, there are other ways to access it, such as the Cybersecurity courses offered by Ghoori Learning. GL helps the Bangladeshi people to start a proud career in the cybersecurity and ethical hacking sector.

Skills and qualities to have for a cyber security experts

Ethical hackers are often employed by large companies in high-tech industries or IT service companies. Computer savvy, they do not count their hours to find and solve flaws discovered in information systems.

How to become an ethical hacker in Bangladesh?

The profession of an ethical hacker is not yet really recognized as such in companies, even if this tends to change. Diplomas and courses dedicated to this position exist in Bangladesh as well as certifications, but most professionals have studied computer science or attended an engineering school.

The salary of an ethical hacker

An expert in computer security and networks, an ethical hacker can claim remuneration of between 50,000 and 75,000 BDT per month depending on his experience. Many of them are also increasingly paid in the form of rewards for solving a bug.

In Bangladesh, ethical hackers are often, at the base, experts in information systems or security and network experts, subsequently trained in cybercrime. This is more of a change in position than a real change of function.

Working on behalf of a company as an ethical hacker, job opportunities are starting to grow. However, it will be necessary to turn to large structures or structures specialized in sensitive areas.

A cybersecurity professional, the ethical hacker intervenes within companies and organizations in order to ensure the protection of information systems against possible threats of hacking. A profession that is on the rise.

In a word, hacking is a set of techniques for exploiting the possibilities, flaws, and vulnerabilities of a computer element.

This practice is attracting more and more companies fearing the leak or compromise of their confidential data. In concrete terms, the certified ethical hacker will circumvent the company's security rules and organize a computer attack in order to detect the flaws in the information system and the various points of vulnerability.

To help companies protect themselves from computer attacks, ethical hackers carry out, among other things, the following missions.

Companies are required to follow industry security standards and comply with protocols to reduce the risk of attacks on their network. However, if these procedures are not properly followed, malicious hackers will have no trouble spotting security vulnerabilities. The consequences can then be terrible for the company, with loss of sensitive and/or strategic data.

The ethical or white hat hacker allows a company to protect it against cyberattacks.

Before installing a vulnerability management program, the ethical hacker will first map all the company's networks and rank them by importance.

Vulnerability scans allow companies to verify the compliance of their networks and security systems. Vulnerability scanning tools accurately locate security holes or flaws that can be dangerous to systems in the event of an indirect attack.

Vulnerability scans can be performed on and off the assessed network perimeter. An internal scan identifies any system flaws that a cybercriminal could exploit on different systems if they somehow managed to gain access to a local network.

An external scan analyzes a network's exposure to third-party servers and applications directly accessible from the Internet.

3. Prevent the exposure of sensitive data

The exposure of the company's so-called sensitive data (bank details, passwords, customer details, etc.) can lead to significant losses in terms of data, which are added to other consequences for the company, such as financial penalties for breach of privacy or loss of income.

Ethical hackers perform penetration tests to identify these types of flaws and determine vulnerabilities in order to document the modus operandi of potential attacks.

To prevent their data from being exposed, companies can protect themselves with SSL/TLS certificates. They can also update their encryption algorithms, disable caches on forms, and encrypt data during and after a file transfer.

If corporate website authentication is compromised, attackers can easily recover passwords, session cookies, and other user account information. This information can later be used by them to assume a false identity.

Ethical hackers can then verify the management of authentication systems and suggest the security measures to be taken in order to protect the company. For example, they may recommend.

Responsibilities of the ethical hacker

Before evaluating the security of a company's network, the ethical hacker will undergo a scrupulous accreditation procedure. Working as an ethical hacker requires solid computer skills and in-depth knowledge of cybersecurity.

The ethical hacker is a benevolent computer hacker who tracks down the computer flaws of companies. It is a demanding job that requires him to have undeniable human qualities. They will be sought after and will be an asset.

Training and courses in Bangladesh

To become an ethical hacker, you must have a good level in computer operation and more specifically a specialization in cybersecurity.

Several possibilities for training at Ghoori Learning specializing in cybersecurity and ethical hacking course can surely help you to start. With the courses of Ghoori Learning you will have the opportunity to acquire the necessary skills to orient yourself toward this profession. The projects carried out around cyberattack and cyberdefense, analysis methods coupled with management and governance techniques will give you the keys to access the profession of an ethical hacker.

Which sector to work in as an ethical hacker?

The ethical hacker can practice in various types of organizations that are looking for competent profiles. They are often important and manage sensitive data. They are found in sectors of high-tech industry, defense, or even among IT service providers. This can also be the case in the banking, insurance, digital, or public service sectors.

Ethical hackers can practice as a freelance for this, he needs a business status. He can thus choose his clients, missions, price, and organize himself as he wishes. In return, customers will be looking for skills, quality, and rigour.

Of the many training courses that exist in cybersecurity, Ghoori Learning will immerse you in the world of security and all its derivatives. With the courses, you will learn all the fundamentals needed to fight computer threats and ultimately become an expert. Hope the above guide will help to become a cybersecurity expert in Bangladesh.

Answer these 5 questions to assess yourself and get a bonus 5 points.